← An Evil Dead Remake…Really? Have We Run Out Of Ideas?
Happy New Year – Watch Out For Flying Corks →

Bradley Cooper As The Flash? How About Matt Bomer? 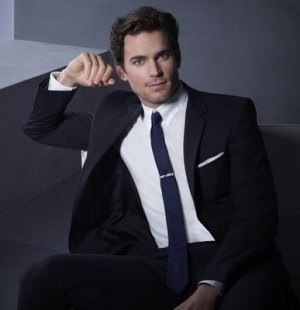 In My Humble Opinion: Bradley Cooper would probably make a pretty decent Flash but why not give someone else a try?  I read that Bradley Cooper was one of the front-runners to play The Flash/Barry Allen in a movie that’s still in the works (I won’t touch on the fact that he was also rumored to portray Eric Draven in The Crow remake that’s also in the works).  Other names floated for the role of The Flash were Chris Pine, Matthew Fox and a few others.  Bradley Cooper, like I said has the potential to do a decent job.  I can see him embodying the bumbling lab geek Barry Allen and filling out the red suit of The Flash with the right amount of balance.  Unfortunately, casting him as the main character is proof that Hollywood has become more concerned with the business side of things than the creative side.  Bradley Cooper is now a huge star thanks to his roles in Wedding Crashers, The A-Team and of course The Hangover franchise, but why does Hollywood feel the need to get a huge star to fill the role of The Flash?  I guess it hopes the name Bradley Cooper alone will bring in the fans, but why not go with someone a little less well-known?  Who might I be referring to?  Well for the longest time I was kind of hoping Ryan Reynolds (before he shot to superstardom too) would be tapped to fill the role, but given the fact that he’s already played The Green Lantern and Deadpool leaves little chance for that.  Side Note: The writers behind The Green Lantern movie are the ones reportedly penning the script for The Flash…let’s hope they learned their lessons with The Green Lantern huh?   One name I would like to throw out there is Matt Bomer (that’s Bomer, not Boner…yeah they messed it up on The Today Show one time)  You probably recognize him from the USA show White Collar and small parts in the movies In Time and Magic Mike.  I think he has the right physique and acting ability to make the role his own.  But anyway, whoever they get to play Barry Allen/The Flash for the movie (let my opinion be heard!) let’s keep our fingers crossed and hope they get Mark Hamill to come back and reprise his role as The Trickster haha.