In My Humble Opinion:  I can’t wait…who else can’t?

And The Emmy Nominees Are… 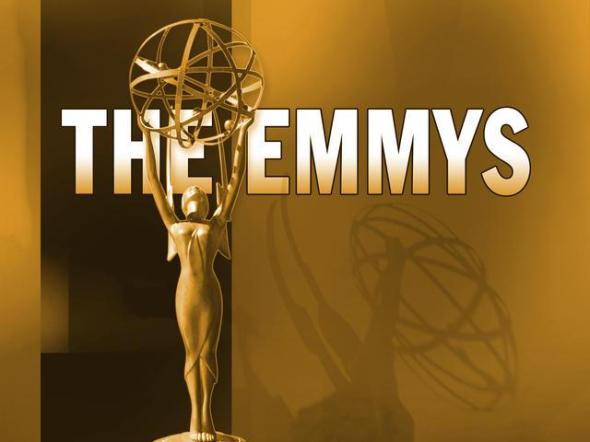 In My Humble Opinion:  The below nominations certainly overlooked a few people.  That being said, I’m not going to rant and rave about how my opinion matters more than someone else’s or anything like that.  Frankly, whoever has to narrow down these categories in order to reach the final nominees has a hell of a job to do.  So don’t consider these necessarily criticisms, just my personal honorable mentions.

Firstly I’d like to give props to “House of Cards.”  If you haven’t seen the show on Netflix, I highly recommend it.  On the coattails of the statement I beg the question, where is Corey Stoll’s nomination for best supporting actor?  His portrayal of Congressman Peter Russo was one of the best things about the show’s freshman season.  Secondly, and I’ll stick with the supporting actor category for a bit; I was hoping that Walton Goggins would have warranted a nomination for his portrayal of Boyd Crowder on “Justified.”  I always thought he got overlooked while he was on “The Shield” and hoped his new show would be his time to shine (fingers crossed for the upcoming seasons).  Thirdly, I love Peter Dinklage on “Game of Thrones.”  He truly is great in everything he does and was very deserving of the Emmy he won last year.  However, I’d like to see the Emmys recognize some of the other actors in that large Game Of Thrones ensemble cast.  Nikolaj Coster-Waldau, who plays Jaime “Kingslayer” Lannister was most impressive this past season.  If you watched season 3, then you know what I’m talking about.  I mean the scene in which he explains how he got his nickname Kingslayer was reason enough to get him a nomination.

Let’s stick with “Game Of Thrones,” but jump over to the best supporting actress category.  Emilia Clarke got a nomination for her portrayal of Daenerys Targaryen, which is cool.  She’s good on the show, not my personal favorite but she is good.  Who on the show is better you ask?  I know she’s a little young but Maisie Williams as Arya Stark is a clear stand out.  So much has happened to her character over the course of the show I’m surprised at how well the 16-year-old actress has been able to convey it.  Now I’m not sure whether this next one would be supporting or main but how Jennifer Carpenter hasn’t received a nomination every year she has played Debra Morgan on “Dexter” is beyond me.  Whether she’s spewing a vicious, profanity ridden tirade or breaking down, emotionally crippled by the choices her character has made, she is one of the best things on television right now.  Well, that’s pretty much it…except for one more little pet peeve of mine.  How long are the powers that be going to allow “American Horror Story” be categorized as a mini-series?  It’s a television show people!

Who Should Play Aquaman?

In My Humble Opinion:  Aquaman isn’t the most interesting of superheroes but if Hollywood has taught us anything it’s that if an Aquaman movie will make money, then a movie will be made.  Originally I endorsed Simon Baker (who could still be pretty bad ass) but now I would also like to suggest Nikolaj Coster-Waldau (or as I call him…Kingslayer).  Of course we all know him as Jaime “The Kingslayer” Lannister  from HBO’s Game of Thrones.  He obviously knows how to work with an ensemble cast…which will come in handy with The Justice League movie that’s going to be made.  Frankly, I think he’d be perfect as Aquaman!

In My Humble Opinion:  I had a bad feeling that Johnny Depp’s luck would run out eventually.  I mean honestly, I didn’t even see the last Pirates of the Caribbean movie he did…well not yet anyway.  Looks like Disney learned the hard way that he can’t be box office gold with everything he does.  Also, does anyone remember when it was a big deal to have your movie pass $100 million at the box office?  Those times are long gone with movie budgets now exceeding $200 million on a regular basis.  Inflated budgets don’t translate into higher box office receipts.  Here’s some box office standings as of July 15:

*Opened this past weekend

Despicable Me 2:  Domestic: $229 million, Worldwide: $472 million, Production Budget: $76 million (finally a lower budget for a big film.  This one will definitely spawn at least another sequel or six…as long as the studio is making money)

The Heat:  Domestic: $112 million, Worldwide: $15 million, Production Budget: $43 million (The Heat still packing a punch and is another hit for stars Sandra Bullock and Melissa McCarthy)

The Lone Ranger: Domestic: $71 million, Worldwide: $119 million, Production Budget: $215 million (What the hell has happened to movie budgets?  The first Pirates movie had a budget of $140 million, which ain’t exactly small but still…I just don’t get it)

The Conjuring Teaser…With A Twist

In My Humble Opinion:  Everyone thought the same thing…right?